A variety of strategies and techniques may be used during your surgery to keep your procedure bloodless, including those described below.

For bloodless surgery to be a success, it is crucial that your blood oxygen levels be monitored continuously throughout the course of your surgery and recovery. One device used for this purpose is called a pulse oximeter, which clips onto a finger or toe. The device does not require that blood be drawn for testing. Instead, it uses infrared light technology across the skin to provide an estimate of how much oxygen is being carried by the hemoglobin in your red blood cells. 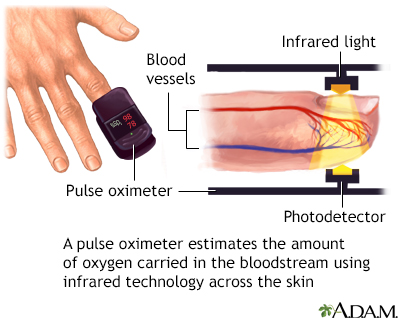 Monitoring hospital patients has traditionally involved regular blood testing, sometimes once or twice daily. When bloodless medicine is practiced, the number of blood tests is reduced as much as possible, and the tests generally employ the latest techniques in "microsampling." Microsampling uses extremely tiny amounts of blood, sometimes only drops, in order to obtain the laboratory information required.

The anesthesiology team can employ a number of techniques to improve the success rate of bloodless surgery, including:

Research continues to examine the effects of various forms of anesthesia (local, regional or general) on the amount of blood lost during surgery. For example, some research has suggested that if you have spinal or epidural anesthesia for your hip replacement surgery, you may experience less blood loss during surgery than you would with general anesthesia. 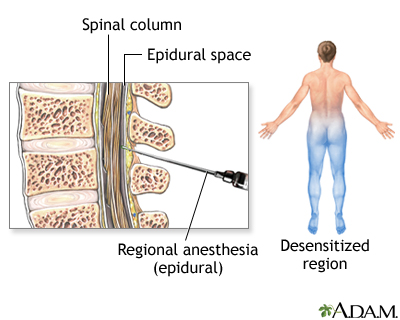 All people maintain a particular volume of fluid circulating throughout their bodies; this is referred to as "normovolemia." During surgery, you will be given balanced intravenous solutions (volume expanders) to replace the fluids, salts, and sugars that you will invariably lose during the course of surgery.

Intravenous solutions that contain salts and sugars are called crystalloid solutions. Intravenous solutions that also contain starches, gelatins, or proteins such as albumin are called colloidal solutions. Your health care team may choose to use either crystalloid or colloidal solutions depending on your medical condition, the amount of fluid and blood loss you've experienced, and your blood pressure. Because albumin is harvested from donated human blood plasma, its use is a matter of personal conscience for Jehovah's Witnesses.

In a technique known as "normovolemic hemodilution," some of your blood is deliberately withdrawn or re-directed, and you receive an equal quantity of intravenous fluids. Thus, your blood is diluted ("hemodilution") but the normal volume is maintained ("normovolemia"). The result is that when you bleed during surgery, your diluted blood contains a lower concentration of red blood cells. At the end of the surgery, the more concentrated blood that was originally withdrawn is returned. When normovolemic hemodilution is performed using a "closed system" (the withdrawn blood continues to circulate and is not actually stored), some Jehovah's Witnesses find this therapy acceptable. 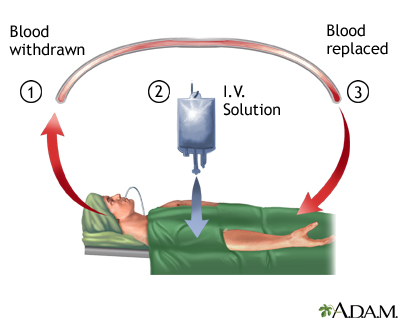 "Intra-operative hemodilution" is a similar technique, although no blood is withdrawn from the patient. Instead, the patient's blood is simply diluted with extra amounts of fluid expanders (intravenous solutions containing salts, sugars, and sometimes other substances like albumin). Again, the theory behind this practice involves diluting the patient's blood so that when the patient bleeds, he or she is losing fluid that contains fewer red blood cells.

As with most medical procedures, choosing the least invasive method can frequently result in the lowest risk of complications or blood loss. For example, having a kidney stone removed through a lithotripsy procedure (in which sound waves are used to break up a kidney stone into smaller bits, allowing it to pass out of the urinary system without having created any incision at all) is sometimes preferable to having it removed via an open surgical incision. 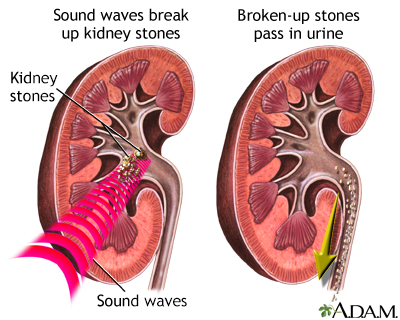 During the course of nearly all types of surgery, blood vessels will be disrupted, causing some bleeding. The practice of "meticulous hemostasis" refers to a surgical team's scrupulous attention to even the most minute areas of bleeding during the course of surgery. The theory is that by preventing the loss of even small amounts of blood, the surgical team is protecting the patient's red blood cell supply.

A variety of tools exist to quickly stop bleeding blood vessels. Specialized surgical equipment use heat to seal the ends of cut blood vessels (electrocautery), in order to prevent blood from leaking out. The "argon beam plasma coagulator" uses argon gas and high-frequency electrical current to keep bleeding under control.

When compared with the old, traditional surgical scalpel, many of the newer instruments for performing surgery have the potential for causing far less blood loss. Such instruments include: 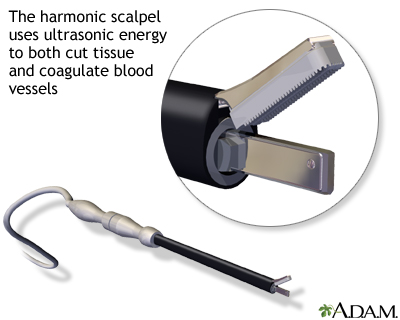 Depending on the type of procedure being undertaken, certain surgical positions decrease bleeding, while maintaining optimal blood flow and oxygen delivery to the most crucial organs (for example, the heart and brain). One such position, the Trendelenburg, places the patient on a downward slope, with the chest and head lower than the abdomen and legs.

Blood-boosting agents and other medicines

During and after surgery, blood-boosting medications and supplements may be administered to stimulate your bone marrow to produce red blood cells and help resolve any anemia that may have developed due to unavoidable surgical blood loss. Agents that may be given include erythropoietin, iron supplements, vitamin B-12, and folic acid. If any of your other blood elements are low, you may be receive Neupogen or GM-CSF to boost white blood cell production and/or interleuken-11 to encourage platelet production. 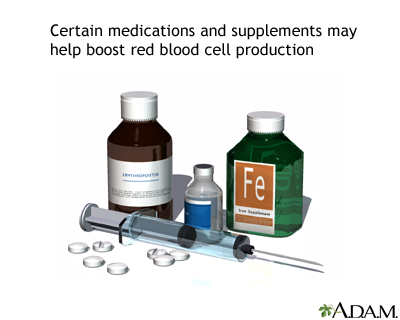 For heart bypass surgery, liver surgery, and joint replacements, you may be given a protease inhibitor (aprotinin) or antifibrinolytic medication (epsilon-aminocaproic acid and tranexamic acid). These drugs improve platelet functioning and stabilize blood clots, thus reducing the amount of blood lost.

Other medications that might be given to help improve your blood's ability to clot include desmopressin (DDAVP), vasopressin, and phytonadione (vitamin K).

Blood collected during or after surgery may be cleaned and then returned to the patient, restoring blood levels without the use of an actual transfusion. Some religious groups that object to blood transfusions feel comfortable with blood salvage procedures if they involve completely closed-loop systems, so that the blood is never stored and retains a semblance of connection to the patient at all times.

Intra-operative blood salvage is particularly useful for patients who have undergone:

A variety of methods may be used to collect blood. Blood collected while using a heart-lung bypass machine during open-heart surgery can be reused, as can blood suctioned from the surgical field and blood that collects within drainage devices. 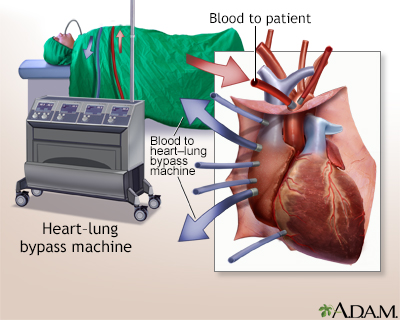 Some closed-loop systems automatically clean and filter blood before it is returned to the patient. Other systems simply suction up and collect lost blood. These systems require a separate step in order to clean and filter the recovered blood.

Blood recovered from certain types of abdominal surgery may have come in contact with intestinal bacteria (for example, during surgery for a ruptured appendix or perforated intestine). In such cases, the risks of potential bacterial contamination must be examined with respect to the patient's overall condition. If the patient has suffered life-threatening blood loss, it may be preferable to risk the reinfusion of blood that could be contaminated with bacteria. Similarly, some researchers are concerned that cancer patients who undergo blood salvage procedures might receive blood that contains active cancer cells. The surgical team must carefully consider the risk-benefit ratio for a particular patient in this situation.